Home » News » Medical Marijuana is still not for Glaucoma – Update 2019 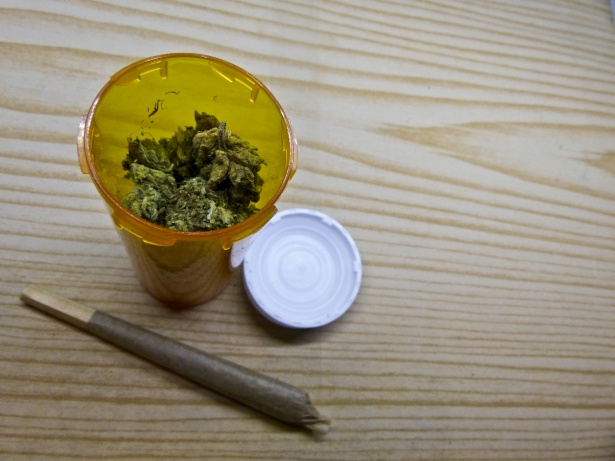 Since we discussed this last year, there are now 33 states, including New Jersey, in which medical marijuana is promoted as a treatment for many diseases, some including glaucoma. Of interest is that only 29 of those states permit the treatment for glaucoma.

In June 2018, Governor Murphy authored an executive order expanding the list of covered conditions for access to a medical marijuana card. In July 2019, he signed a bill that overhauled the State's medical marijuana program; following months of debate and negotiation with lawmakers that saw an effort to legalize recreational marijuana here fail.

The primary advance for patient care was to reduce limits to patient access. The new law will likely add dozens of medical marijuana providers, greatly increasing capacity from the six providers currently operating. Additionally, it is set to:

And now that the sale and possession of marijuana has been legalized in 10 states, even though it recently failed to do so here in New Jersey, it potentially can be easier than ever for our patients to self medicate as a glaucoma treatment without consulting us.

One of the commonly discussed alternatives for the treatment of glaucoma by lowering IOP is the smoking of marijuana. It has been demonstrated in numerous studies that smoking marijuana with A-9-tetrahydrocannabinol (4-9-THC) lowers IOP in both normal individuals and in those with glaucoma, and therefore might be a treatment for glaucoma.
The idea that marijuana can be helpful in treating glaucoma dates to the 1970s. The National Eye Institute, a division of the federal National Institutes of Health study conducted then showed that smoking marijuana lowered the IOP of people with glaucoma. While the study only included 11 healthy non-glaucomatous patients, as a result of this research, additional studies were conducted examining whether marijuana or its active ingredient, a compound known as A-9-THC could be used to keep IOP lowered.

A separate randomized, double-masked, placebo-controlled, four-way crossover study was conducted at a single center, using cannabis-based medicinal extract of A-9-THC and CBD. The purpose of this study was to assess the effect on intraocular pressure (IOP) and the safety and tolerability of oromucosal administration of a low dose of A-9-tetrahydrocannabinol and cannabidiol (CBD). Six patients with ocular hypertension or early primary open angle glaucoma received a single sublingual dose at 8 am of 5 mg Delta-9-THC, 20 mg CBD, 40 mg CBD, or placebo.

Two hours after sublingual administration of 5 mg Delta-9 THC, the IOP was significantly lower than after placebo (23.5 mm Hg vs. 27.3 mm Hg, P=0.026). The IOP returned to baseline level after the four-hour TOP measurement. CBD administration did not reduce the IOP at any time. However, the higher dose of CBD (40 mg) produced a transient elevation of IOP at four hours after administration, from 23.2 to 25.9 mm Hg (P=0.028).

Main outcome measure was IOP. A single 5 mg sublingual dose of A-9-THC reduced the IOP temporarily and was well tolerated by most patients. Sublingual administration of 20 mg CBD did not reduce IOP, whereas 40 mg CBD produced a transient increase IOP rise.
The research found that when marijuana with THC is smoked or when a form of its active ingredient is taken orally or by injection, it does lower IOP.

However, it only lowers IOP for a short period of time - about three or four hours and for only moderate levels of intraocular pressure. This short period of time and moderate TOP reduction is a significant clinical drawback for the use of marijuana as a glaucoma treatment. Because glaucoma needs to be treated 24 hours a day, you would need to smoke or inhale marijuana at least six to eight times a day around the clock to receive any benefit of a consistently lowered IOP. Because of marijuana's psychoactive and mood-altering effect, using large dosages daily would leave a person impaired to drive, operate equipment, or function at the peak of their mental ability.

Of greater concern is the increased casual use of over the counter of non-psychoactive CBD oils and the effects of CBD on medication that patients may be taking. Many people have very limited understanding as to the dosage they are taking when using the CBD tinctures, teas, and foods that they find at health food stores, pharmacies, beauty salons, and even the grocery store.

For those that are cognizant of their dosage realize that most management guidance suggests 30-60mg/day for anxiety and sleep and as much as 150 mg/ day for pain management.
The role of CBD is extremely important when you have a patient that either has a recent increase in IOP or is currently being treated for glaucoma with THC, which can affect and undermine the IOP lowering the effect of the THC and may increase the IOP.

Therefore, despite the fact that A-9-THC can lower the TOP and CBD can increase IOP, as well as a lack of evidence that its use alters the course of glaucoma, should preclude recommending this drug in any form for the treatment of glaucoma at the present time.

To date, the American Optometric Association, the American Academy of Ophthalmology, the American Glaucoma Society, the National Academy of Sciences Engineering & Medicine, and the National Eye Institute (NIH) have all developed positions that do not support marijuana or other cannabis products for the treatment of glaucoma. So, the primary take home point is to determine if your glaucoma patients are using recreational marijuana, medical marijuana, and/or CBD either as an edible or oral drop since it may significantly affect your management plan.